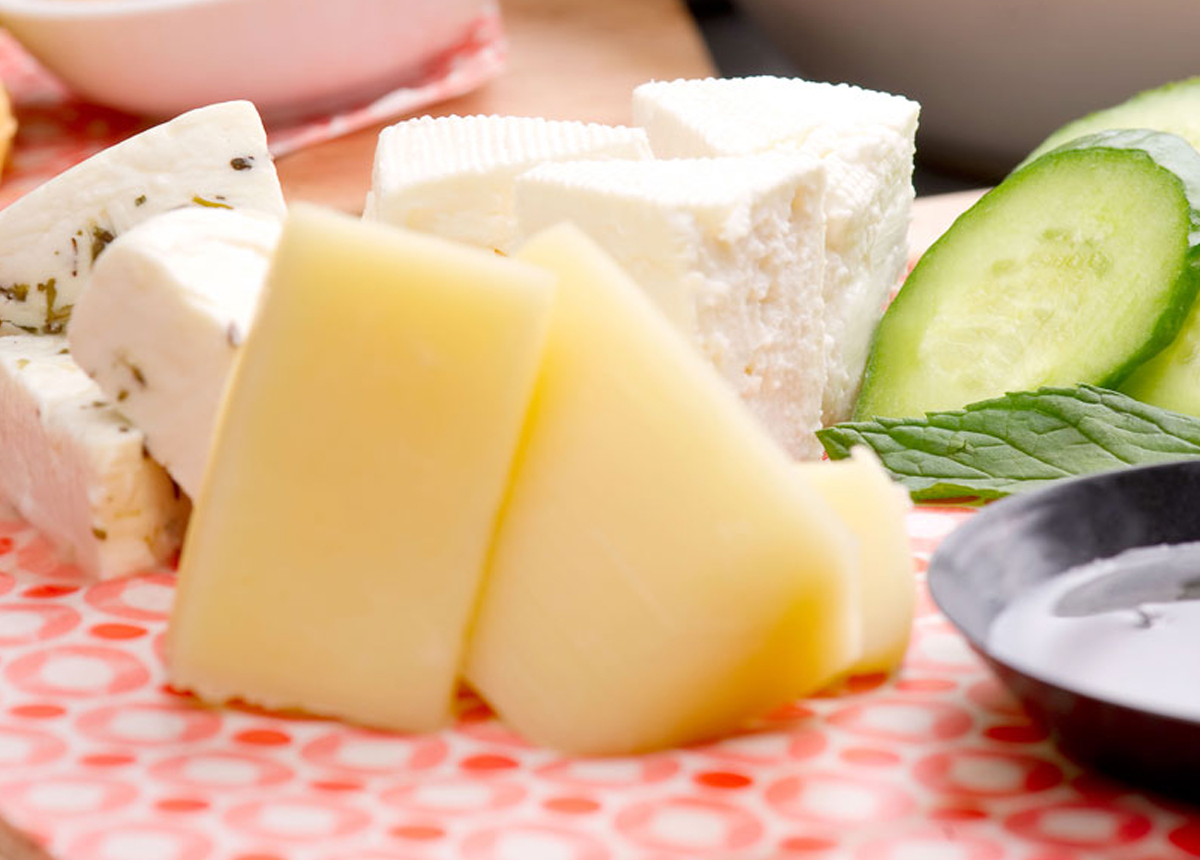 According to Greek legend, the mythological gods demanded simplicity in all things – except how their subjects praised them. Modern wine drinkers are violators of this rule and many have made the science of cheese complicated as well. This is not the case in Greece.

Two “species” dominate Greek cheeses. Forget complicated distinctions found in the rest of Europe’s so-called “cheese kingdoms.” In Greece, it’s simple. While on this tour, your palate will sample dozens of new cheese flavors – all of them courtesy of two, grass-grazing animals allowing for production of the lowest-fat cheeses on Earth: the sheep and the goat.

Cheese is one of those “mother of necessity in spite of mother nature” symbiotic byproducts that have functioned so well in Greece since ancient times. Until recently, goats and sheep were not farmed or domesticated. They were wild. It is not by happenstance that, even today, these animals graze freely and literally thrive on what is known as Mediterranean “scrub”… more familiar to Americans as weeds of near tumble-weed classification.

Most of the tumbling weeds of Greece are actually spices of one form or another. These abundant spice-weeds possess fortified nutrients and health benefits, so it is no accident that these animals require little attention. They wander until they find forage. Corral one long enough to milk it, and you can have cheese in various tastes and textures. Free it and others have the opportunity to benefit as well.

Processes to make many cheeses may be laborious, but source-and-collection is a piece of baklava. Neither animal has historically been considered worthy of branding. Few feuds have been recorded for sheep and goat rustling in Greek history. It just didn’t happen.

Free ranging animals provide entire communities with food to satisfy celebratory requirements. Goat and sheep populations are managed by nature and the carnivorous habits of humans, but there always seems to be a flock afoot. Chances are good that your route of travel outside of Athens will be challenged by at least one flock of sheep or a herd of goats blocking your vehicle’s progress. They’re that plentiful, so don’t be surprised.

In short, your ambrosia experiences will include cheeses that will both surprise and delight you. In fact, you may eat more cheese on this tour than you have ever consumed in a week. You may never appreciate the difference between goat and lamb cheese, but who cares… just enjoy both.

Your cheese selections may float in brine, be creamy-soft, or be granular hard… and even be available in semi-hard form. Some cheeses may be whey-based, meaning they are comprised of liquid residuals from other cheese-creating processes. You certainly won’t be bored.

When you find a cheese you like, it’ll be present for you to order almost anywhere. Caution however, it is not unusual to find that many cheeses are seasonal, with availability dependent on local rainy seasons and, of course, the temperament of the gods – who look upon lactose intolerant travelers with pity… no cheese for you!